Some memories of long ago shimmer with a golden glow than makes one wonder if they really happened. The April 19 opening of the Creation Migration "Honoring Our Ancestors" was such an event. It has that glow already, even though it just happened a few weeks ago. It was a well attended, well received and long to be remembered special event for the project artists as well as the community at large.


The ancestral "Blessing Place", a collaboration created by the artists for this exhibit, was the center "stage" for the opening ceremonies. Symbolic articles were added to the piece to be inclusive of the major cultural and religious foundations of the region: Picuris, Spanish, Catholic, Jewish, Protestant, Ugandan, as well as a range of symbols making it's representation more widespread, even universal.


In this chapel-like setting  we were honored by a blessing from Picuris Elder, Cat Tsosie. The buffalo skull was loaned for this exhibit by Cat, and later in the event he presented a talk about "Buffalo" as a meaningful symbol in the lives of his Pueblo, as well as for Native Americans in general. With his natural mix of humor and the sacred, Cat brought many gifts to this special event.


In order to honor the elders from  the local communities, we chose the oldest person from several of the High Road villages. Jerol Arguello, historian, and Miguel Torres of the New Mexico DNA Project greeted the elders or their representative family members. The elders honored for this event, from the eldest to the youngest, were as follows: Lucia Lopez of Chamisal, age 101; Margarita Torres of Truchas, age 100; Abenicio Sanchez of Ojo Sarco, age 95; Tillie Romero of Vadito, age 95; Delia Montoya of Rodarte, age 94; Ofelia Aguilar of El Valle, age 92; Theodore Sandoval of Rio Lucio, age 92; Rudolfo Ortega of Llano de San Juan, age 91, Gabriel Gonzales of Placitas, age 91; Clara Lopez of Las Trampas, age 90 (?); and Rose Allrunner of Picuris, age 85.  Additionally, the well known and well respected community member, Armando Martinez of Penasco, passed away in December of 2013 at the age of 100 years.  We were happy to honor him and his many community contributions during this event.

As the evening progressed Miguel Torres presented a power point and discussion about DNA. His position in the New Mexico DNA project has prepared him well in the topic.

Following Miguel's presentation Jerol Arguello, an avid researcher of his family's genetic background, told of the long trail undertaken by the early Spanish immigrants and the settling of the land grant of Las Trampas. Jerol is directly descended from these original settlers, specifically of Sephardic Jewish heritage.


Although the opening officially began at 3PM, people began arriving at 2:30 and by 3:30 the gallery was filled with artists, friends, community members, and families of the honored elders. The place was "abuzz" until closing at 7PM.

Artists from the surrounding communities submitted pieces that spoke of their ancestral stories and/or their migration to New Mexico. In addition a collection of old photographs dating back to the early 1900's is on loan from the historic collection of the Ancianos Community


Center in Chamisal.  Community and cultural histories were documented by photographs from the community at large, and by two community quilts from a Penasco quilt project of last year.

New works by each of the project artists enlarged and enhanced the issues surrounding identity and sense of place brought to life by this opportunity to "Honor Our Ancestors".

Please enjoy this selection of photos of the  project artists discussing their works and enjoying friends. Also represented are some images of the works of other community art submissions. 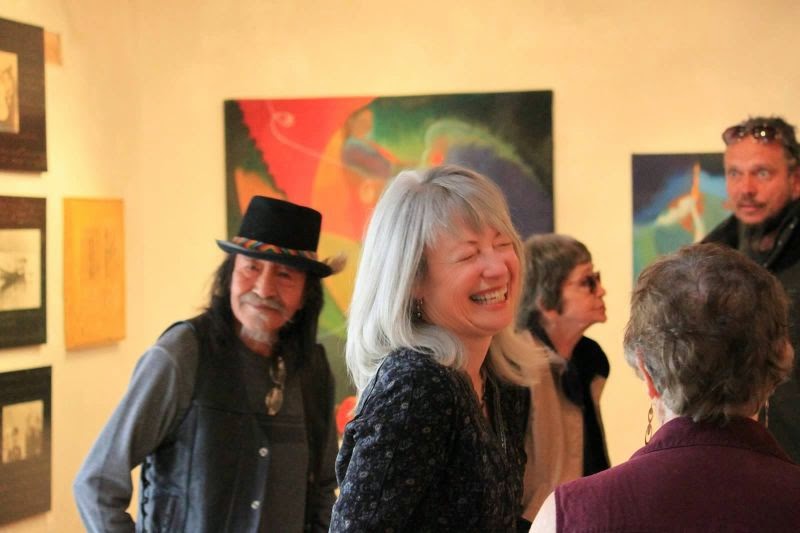 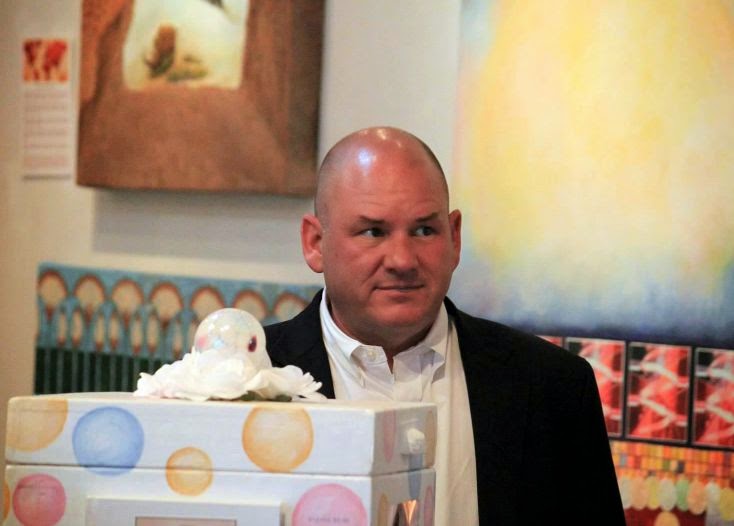 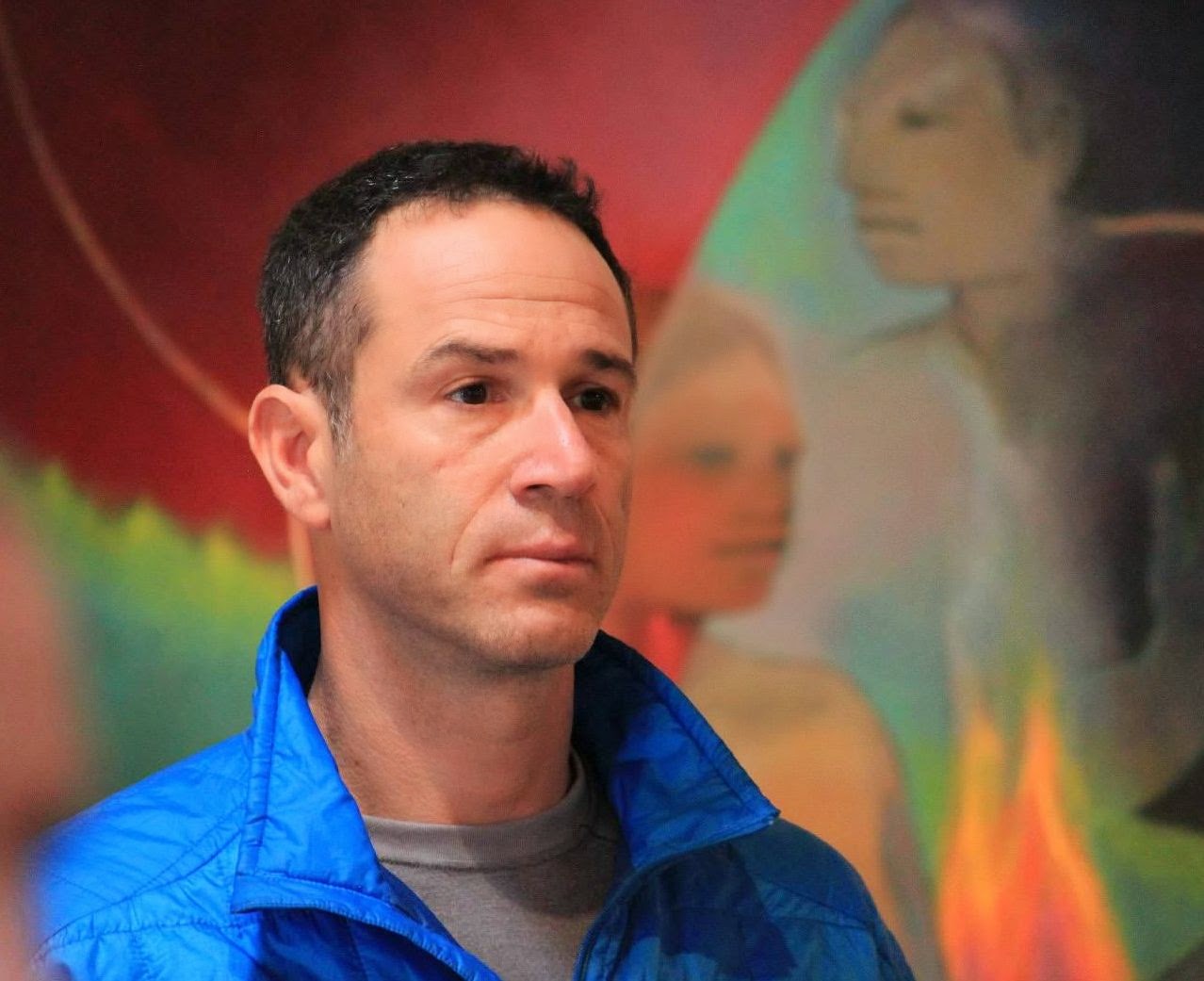 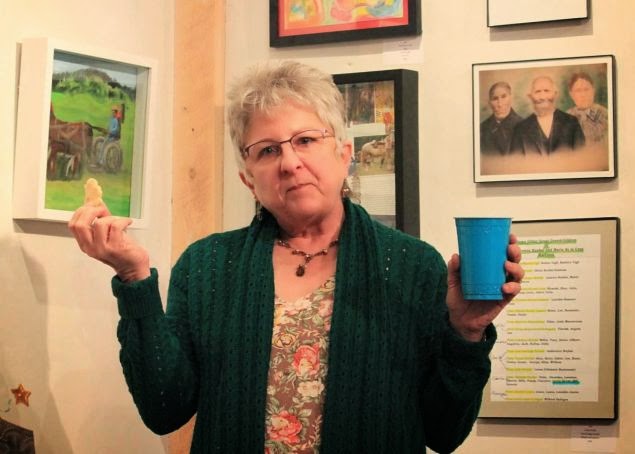 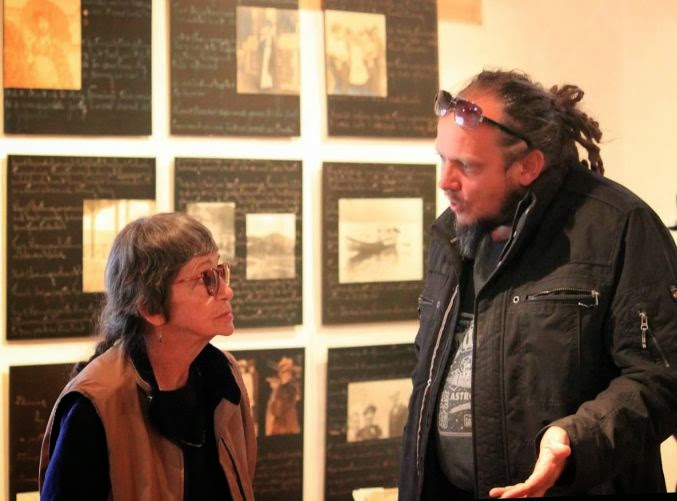 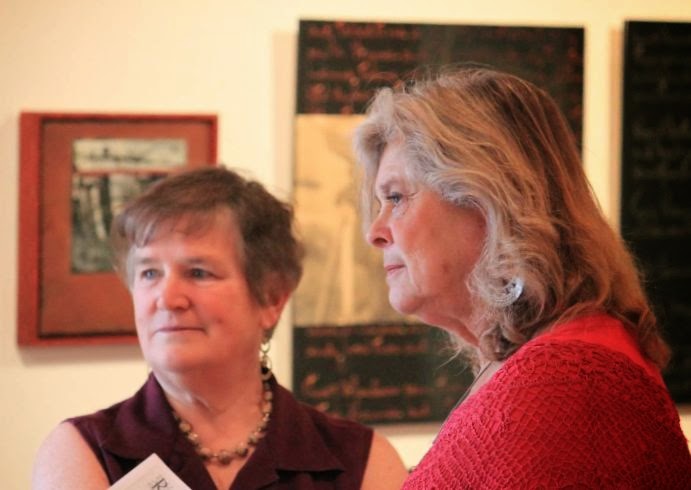 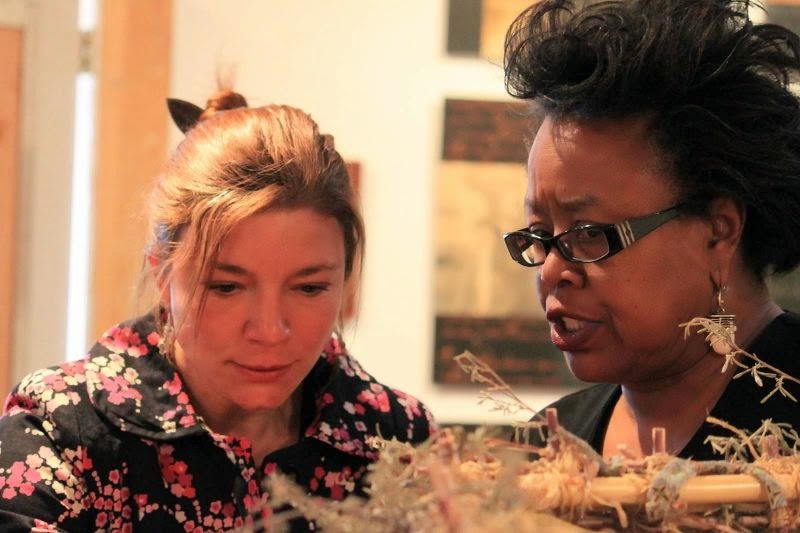 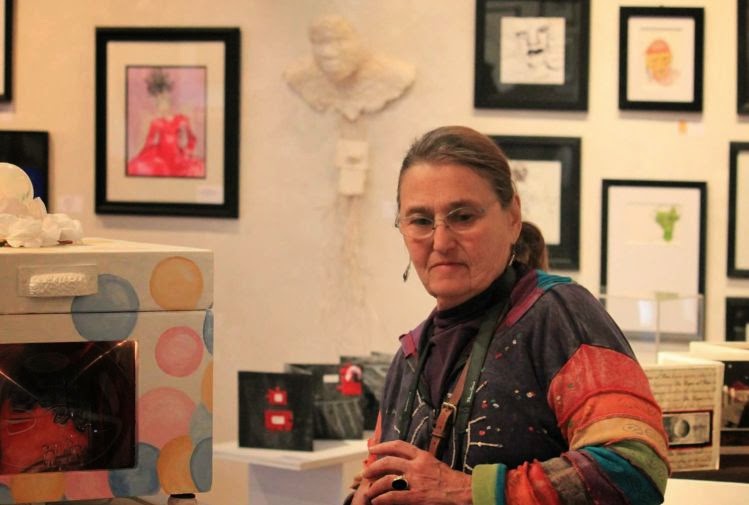 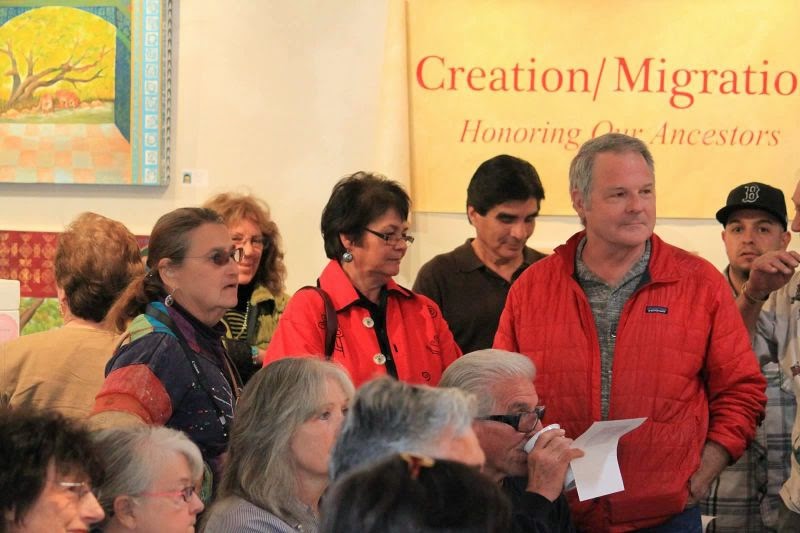 In addition to the above mentioned special guests, contributors and presenters, we wish to express our deep gratitude to Gaucho Blue Fine Art Gallery owners, Nick Beason and Lise Poulsen. Their generous spirits and beautiful gallery provided a rich environment in which this project was able to flourish.

Jean Nichols of Art For the Heart provided unending support as well as the lovely roses for our elders. Thanks to Cindy Alford, Jim Martin, Deborra Berlin and Marlene Santillan for keeping the food available and beautifully presented for guests.

And special thanks to Jim Martin for the amazing photographs he took at the opening event.
We are a community after all!!

Posted by Donna Caulton at 7:16 PM No comments: